Godwick is one of the best preserved deserted medieval villages in Norfolk and one OF ONLY A FEW interpreted for the public. Use of the site as pasture and parkland for centuries has ensured its survival.

Show me where I am

Many of the bumps and dips visible on the site are parts of the village. Long straight wide hollows are the remains of sunken streets. Ditches and banks at right angles and parallel to the roads were the boundaries of individual properties or ‘tofts’. Low mounds or ‘platforms’ surviving in a few tofts indicate where medieval buildings once stood. The tofts vary in size, as they do at many other deserted villages. The largest measures 50m by 60m, the smallest only 15m by 20m.

Medieval documents suggest that between 1086 and the early 15th Century the population of Godwick was between 18 and 23. However, during the late 15th and 16th Centuries the number of residents fell and by the 1590s only a few houses remained.

Reconstruction of medieval houses and tofts at Godwick © Sylvanus

The reasons for the decline of the village are complex. The village was always small and poor, mainly because its heavy wet clay soils were difficult to cultivate. Documents from the 16th Century describe the grouping of land in the hands of two tenant farmers, who may have encouraged people to move elsewhere and laid out fields across former tofts. It is likely houses were cleared during the construction of the Old Hall and its gardens in 1586. When Sir Edward Coke built his Great Barn over the main street in 1597 it was clear the village had no future. The houses shown on a map drawn in 1596 must have been pulled down soon afterwards. 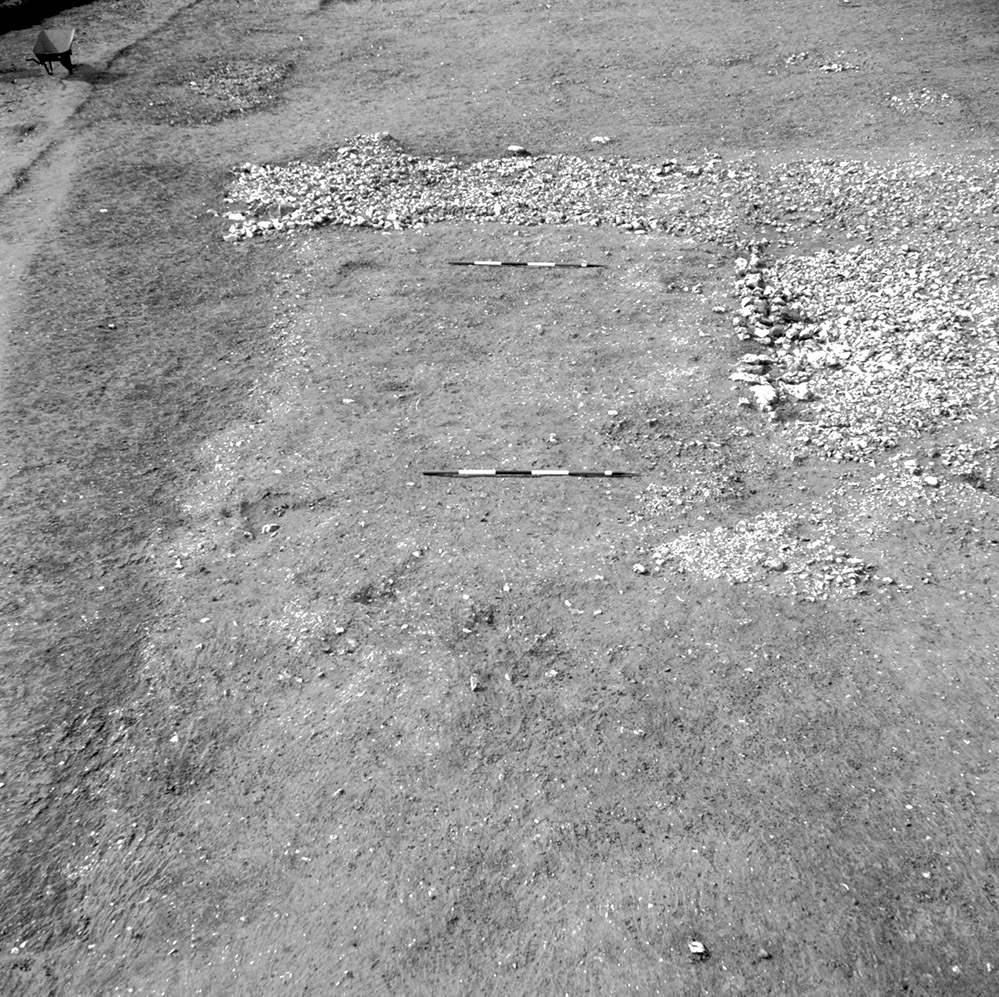 Excavations at Grenstein (near Mileham) suggest each toft would have had a timber-framed or clay-lump house, cobbled yards, a barn and other outbuildings. This image shows one of the medieval buildings investigated in 1965 © Peter Wade-Martins 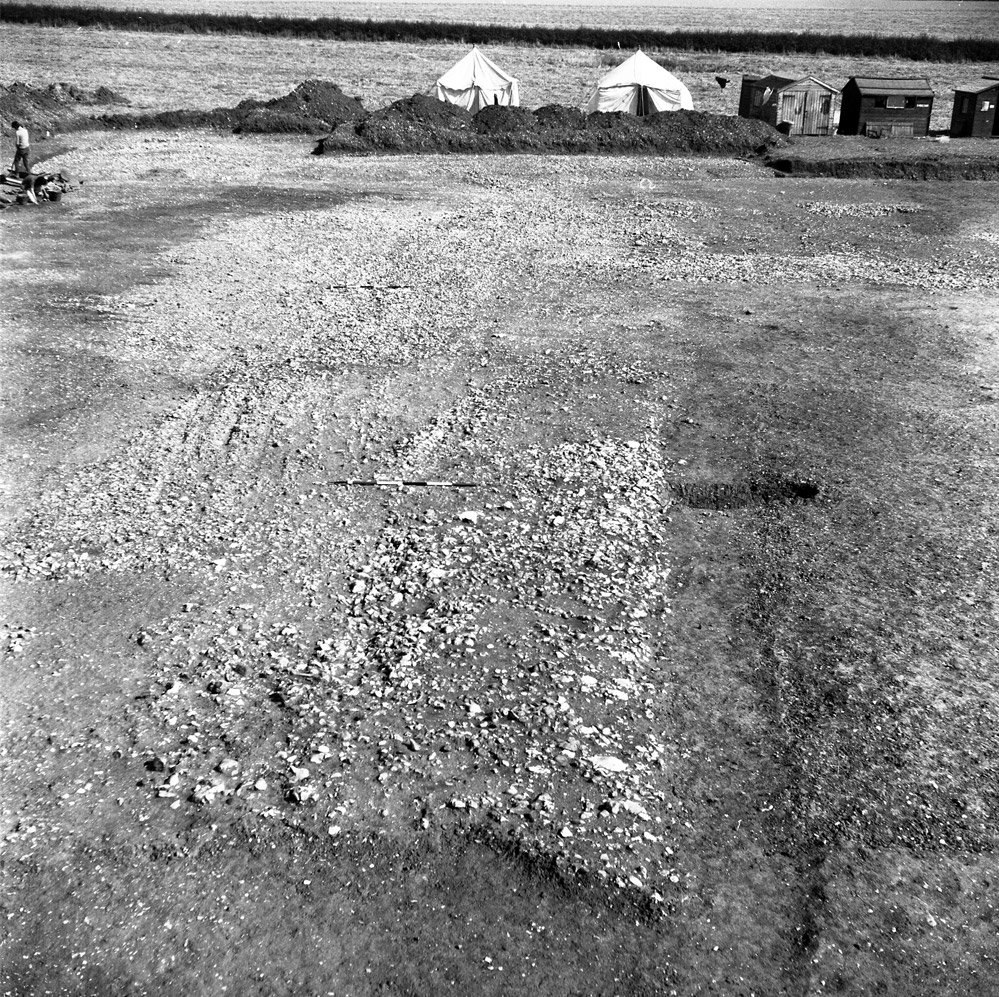 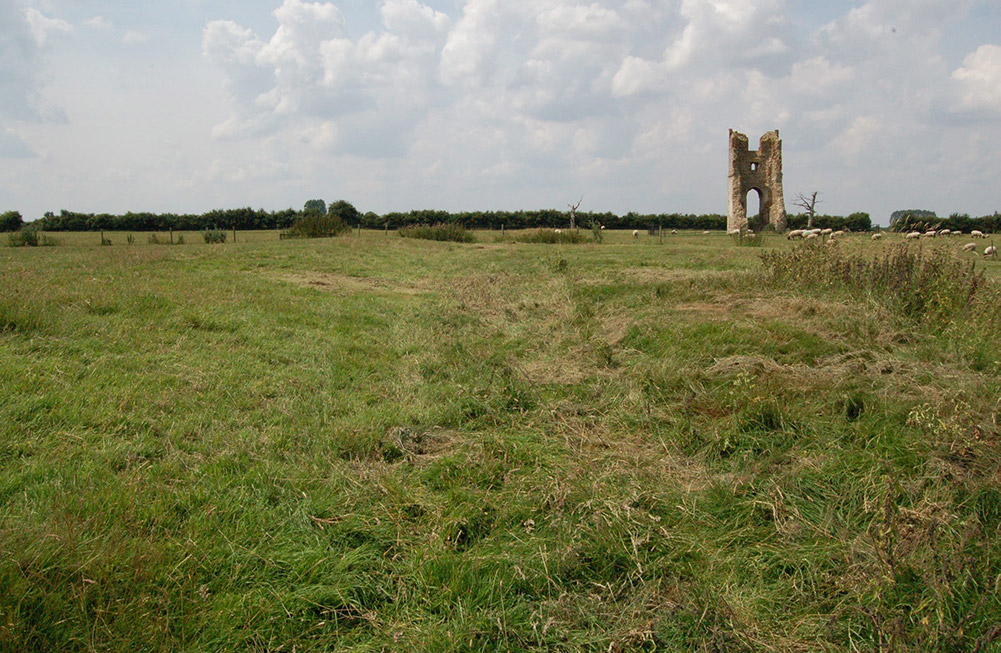 A medieval toft boundary ditch, with the tower in the background, 2019 © Archaeology East Anglia
Go to Panel 3 - The Ruins of Godwick All Saints

Deserted villages in Norfolk, including excavations at Grenstein