The Ruins of Godwick All Saints

The tower is all that remains of All Saints’ Church. In 1100 Ralph de Tosny gave the right to appoint Godwick’s priest to West Acre Priory, so we know there was a church here by then. Early 12th Century stone shafts re-used in the upper part are evidence that by 1150 it was a stone building.

Two phases of construction are visible in the tower. Most of the lower section is from the first phase. It is built of irregular flints with stone ‘quoins’ (corner stones) and is late medieval (15th or 16th Century). Both the north and south wall narrow towards the east; the nave’s west wall would have been attached to the narrower sections. The outlines of nave and chancel walls are visible as pale grass in very dry years.

A 1596 map shows a nave and chancel, but not the tower, suggesting all but its lower section had been lost by the late 16th Century.  In 1602 the building was described as ‘wholly ruynated and decaid long since’. Its decline probably matched that of the village – as the population decreased it would have been used and maintained less. From 1630 Godwick shared priests with Tittleshall, until the two parishes were united in the early 19th Century. 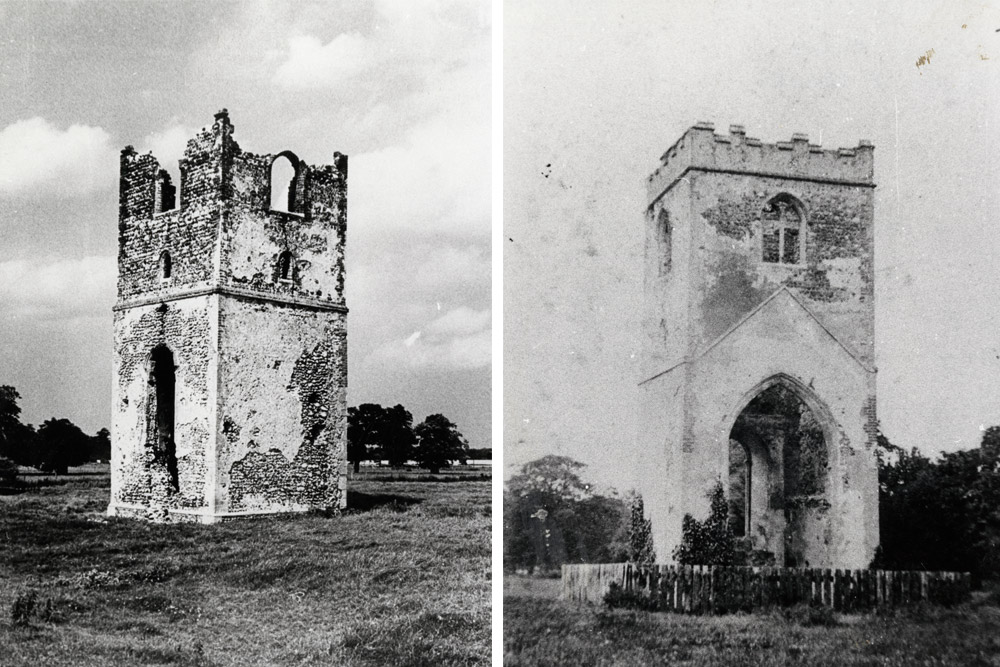 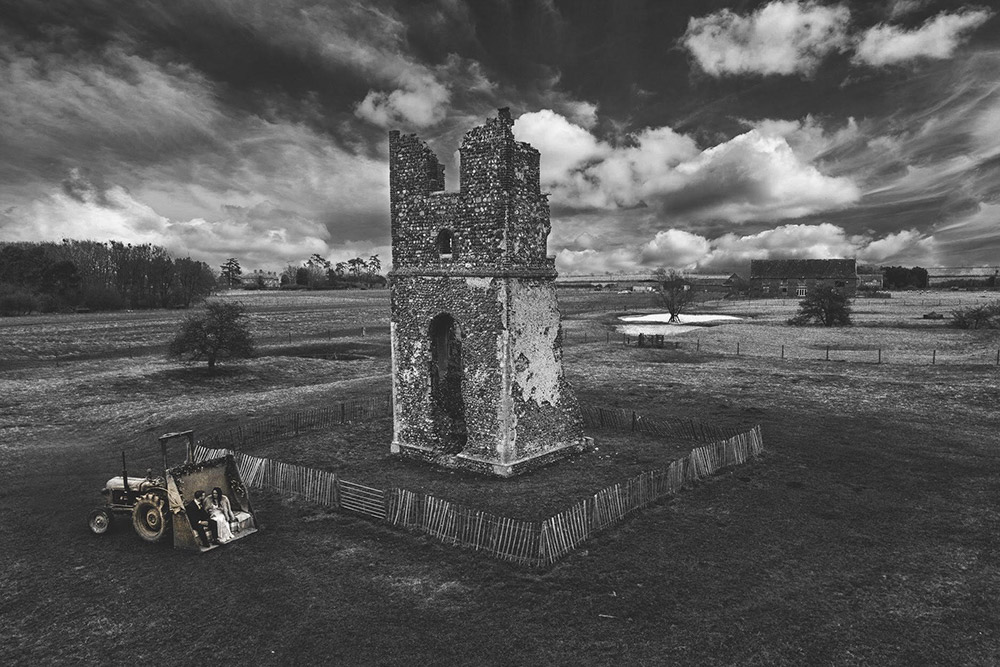 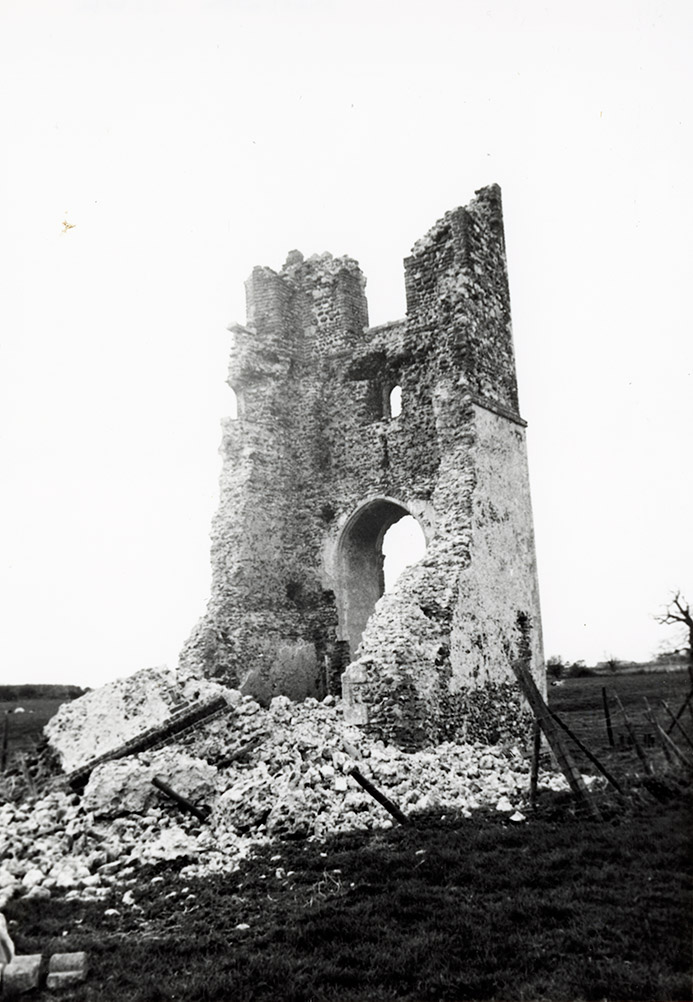 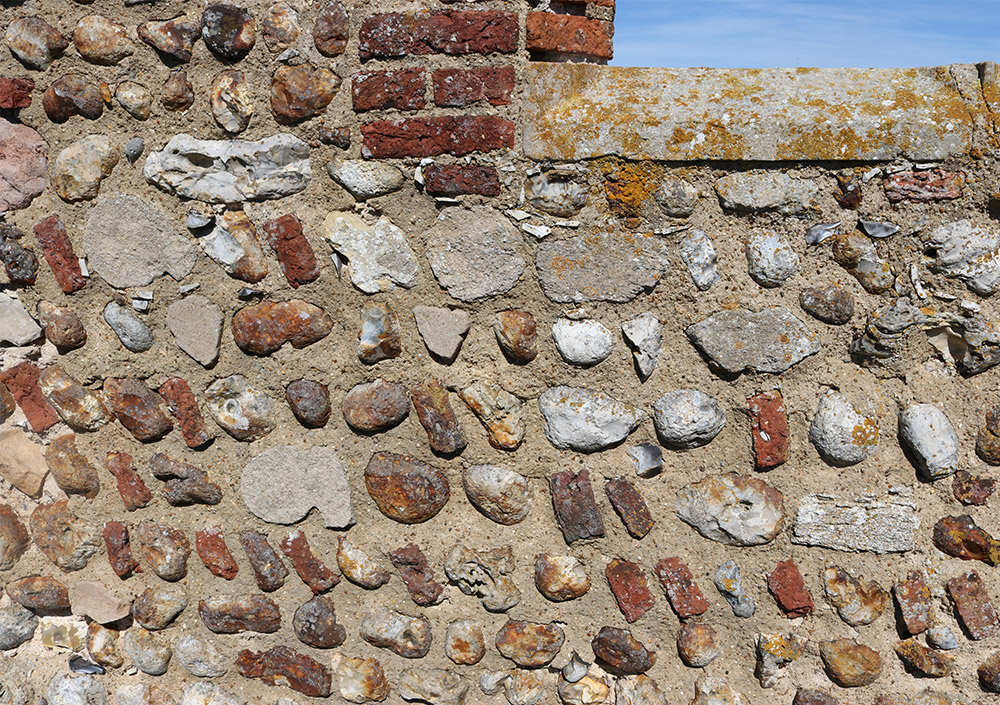 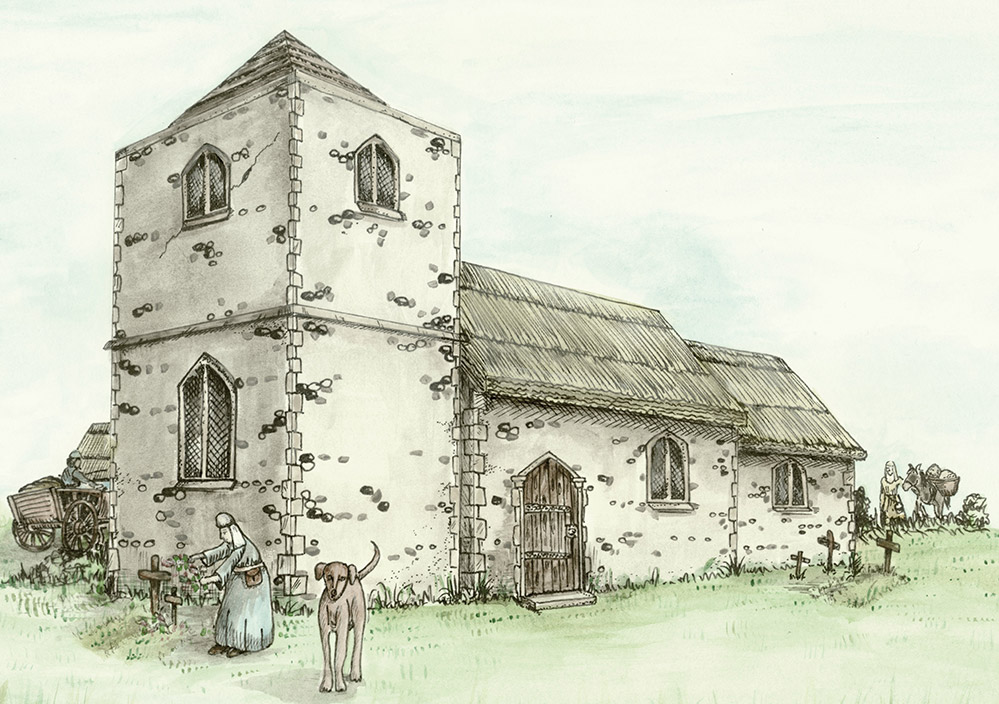 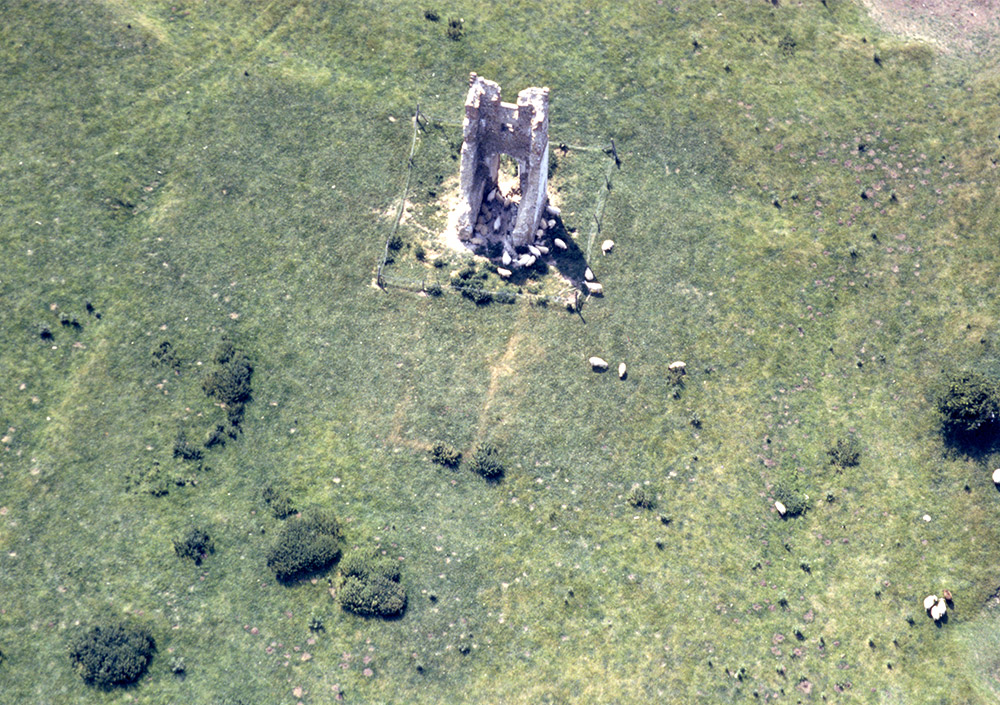 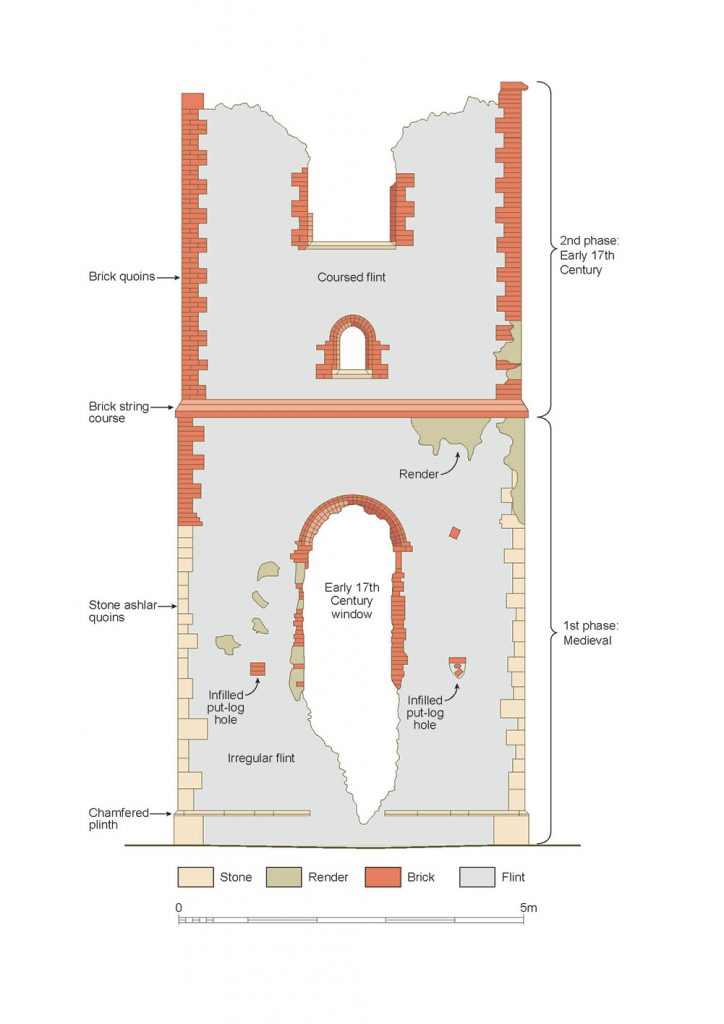 The western elevation of the tower © Sylvanus

Rebuilt as a folly

Early in the 17th Century the ruined nave and chancel collapsed or were demolished with the tower then re-built as a folly. The window in the lower section and all the upper section are from this second phase. With coursed flint, re-used limestone and brick quoins, the upper section is distinct from the lower.

This rebuilding came soon after the construction of the Old Hall and the Great Barn and the tower was an important part of the hall’s landscape park. It is one of Britain’s earliest known follies.

The tower remained almost complete until June 1981 when its eastern wall collapsed. The tower arch was sadly lost during this unexpected event, which a local person described as sounding ‘like a bomb’.